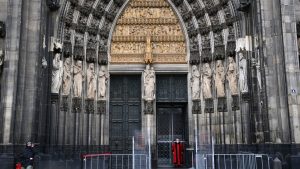 After five months of investigation, hundreds of alleged child abusers and victims have been identified in an 800-page independent report on abuse in the Roman Catholic Archdiocese of Cologne, Germany, spanning decades.

According to the investigation, as many as 243 members of the clergy and laity were identified as abusers of minors, with around 50% of the incidents – between 1946 and 2018 – involving sexual violence and 55% involving children under the age of 14. Over 300 victims – the majority male and abused before 1975 – were also identified.

At least two clergymen will be dismissed from their positions following the report and several “high-up church figures” are accused of breaching their duty and attempting to cover up the allegations.

The Archdiocese of Cologne commissioned German law firm Gercke Wollschläger for the report, which was compiled over 5 months through interviews with those involved, after being accused of suppressing previous reports on historical child abuse.