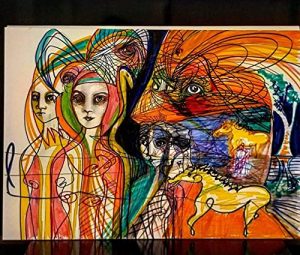 “Some psychiatric leaders who were instrumental in removing homosexuality from the American Psychiatric Association’s list of mental disorders in 1973 have been fighting to remove pedophilia as a disorder as well, not to justify the abuse of children but rather to say that being sexually attracted to children is not a mental disorder.”

END_OF_DOCUMENT_TOKEN_TO_BE_REPLACED

Evergreen Traffickers Busted in the Suez Canal: The Crime Cabal’s Pedo Empire Is Going Down!

Children are sex trafficked around the globe primarily by means of air, water and ground transportation. The last chapter exposed the pedophilia in the Middle East, with a particular focus on nations like Israel and Saudi Arabia as global trafficking’s belly of the beast. Southern Israel shares its western land border with Egypt’s Sinai Desert, with just 176 air miles (284km) separating Jerusalem from Egypt’s Port Said, by plane a mere 20-minute ride apart. With northern Saudi Arabia also about the same short distance away from Suez, the southernmost point of Egypt’s famous canal, this crucial nearby waterway acts as a main artery hub of the belly of the beast’s child sex trafficking portal to the rest of the world.