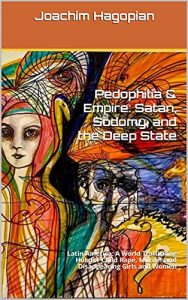 This final geographical chapter of Book 5  –  with the final entry in the Pedophilia & Empire series the next chapter, Chapter 13 will focus and analyze the nations of Latin America, with a more in-depth examination of first Brazil as both its largest nation in size and population, and world’s 5th largest in geographical land mass and 6th largest in population. The analysis will be a macro-level probe into Latin America’s pedophilia, covering the socioeconomic factors that give rise to its significance and prevalence, including the exacerbating effects of the so-called Covid-19 Coronavirus.

END_OF_DOCUMENT_TOKEN_TO_BE_REPLACED

As an independent journalist a half decade ago, I wrote a widely distributed article titled “Israel is the Organ Harvesting and Human Trafficking Global Ringleader, with Complicit Help from US and Turkey.”[1] Since it still applies today and encapsulates Israel’s primary role and reach as both an organ harvester as well as global human trafficker, and remains highly relevant to Pedophilia & [Zionist] Empire, its full text is reprinted below:

END_OF_DOCUMENT_TOKEN_TO_BE_REPLACED

Human Traffickers Made Up To $14 Million Per Day In February Border Rush: Report 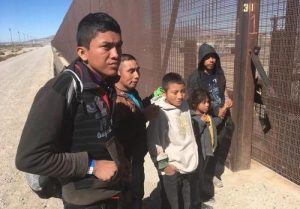 Human trafficking organizations sending men, women and children over the US-Mexico border to take advantage of President Biden’s backfiring immigration policies earned as much as $14 million per day in February, according to Fox News, citing sources within the US Border Patrol.

“Trafficking is a multibillion-dollar industrym,” according to just-retired Tucson Border Patrol Chief Roy Villareal, who had been with the agency for 30 years. “A lot of these vulnerable populations use their life savings. Some are essentially indentured servants and they’re working off this debt for a long period of time. In other cases, some of these migrants are asked to transport narcotics or some form of crime to work off a different part of their debt.” 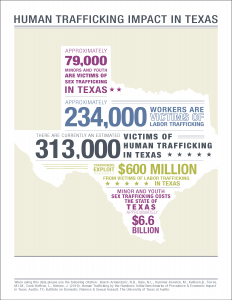 Creating awareness of human and child trafficking is never popular, and it is a horrid thing to even imagine. That being said, closing our eyes to it and acting as though it never happened only causes the evil to grow more powerful and abundantly. President Trump took action to cut off their merchandising routes and get rid of their coyote holding houses. He assigned task forces to raid their strong holds and rescue children and women who were held captive and enslaved by evil psychopaths that partake in this and find it fun.Trump has agreements with governments in South America and Mexico to stop human and drug trafficking. END_OF_DOCUMENT_TOKEN_TO_BE_REPLACED 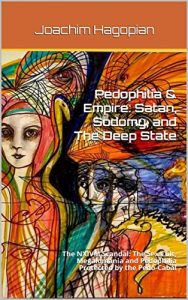 The NXIVM Scandal: The Sex Cult, Megalomania and Pedophilia Protected by the Pedo-Cabal

END_OF_DOCUMENT_TOKEN_TO_BE_REPLACED

Chapter 7: Sins of the Pope and Vatican–Satanic Pedophilia Abuse and Church Cover-up